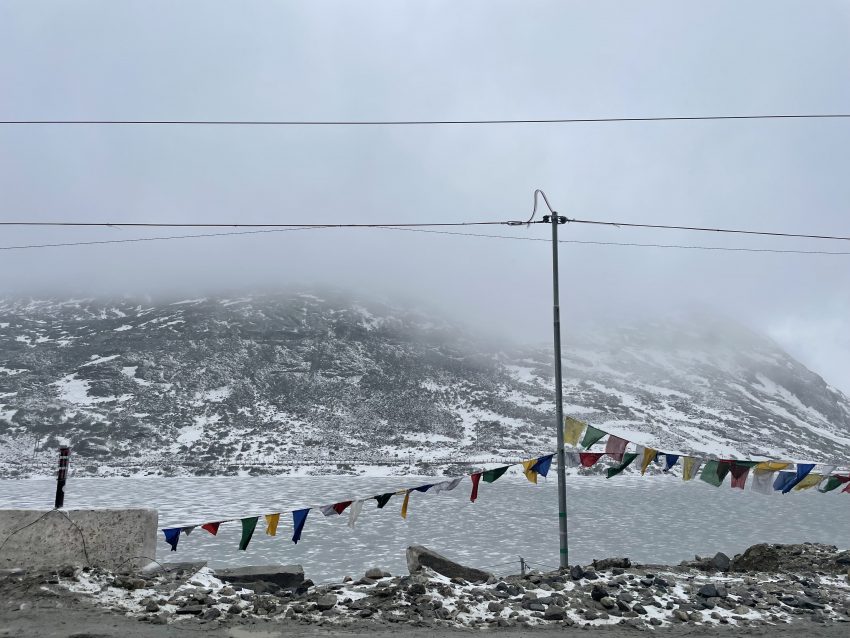 At an elevation of 15200 ft, Bumla pass marks Indo China border. A major attraction of Arunachal Pradesh can only be visited if you have special permission from the Office of Deputy Commissioner of Tawang and then the Indian Army containment of Tawang.

When you reach Bumla, a feeling of patriotism evokes, looking at how soldiers are protecting the border in such harsh conditions. Also, this is the same route from where Dalai Lama entered India.

How to Reach Bumla Paas

To visit Bumla pass from Tawang city, you need to hire a local SUV vehicle as the route is treacherous. For permits, you need to visit the Office of Deputy Commissioner of Tawang and then the Indian Army containment of Tawang. Without an army stamp, you will not be allowed through numerous checkposts on the way.

How is the Route

Route up to Bumla Paas is sort of dangerous and treacherous, However one of the most beautiful roads I traveled on, with the most breathtaking views. During winters up to March, there are chances of snowfall anytime on the way and at Bumla Paas. Summers are ideal because there would be no chance of snow, but if you are a snow lover, make a visit in Winter to witness this heaven on earth.

During winters, leave Tawang as early as possible to visit both Bumla Paas and a few famous lakes such as Madhuri lake and Sangster Tso. Post 12 o clock, Army doesn’t allow to visit Madhuri lake because that is a no-network zone, and in case of any help is needed, they won’t be able to contact the tourists or Drivers.

What to visit near Bumla Paas

The route up to Bumla is just out of this world, and during winters it becomes even more scenic. Do not forget to stop over and click some of the memorable pictures

From the parking area where the local car drops off, Army personnel will take you further to the border. Army has arrangements for snacks, tea and Maggi as well. As no cameras and phones are allowed at the border, you need to just capture the moment in your heart.

Do not miss to see the route from where Dalai Lama entered India from Tibet.

During winters , most of the lakes are frozen and offer breathtaking views. The lake is originally called as Sangestar lake. However, after the Koyla movie song starring Shahrukh Khan and Madhuri Dixit was shot here, the lake was nicknamed Madhuri Lake.

Follow me on Instagram, Facebook, youtube, and read more travel articles on my Tripoto profile. Check out the latest blog posts on the 15 days road trip to Kinnaur– A journey through the most dangerous roads of India