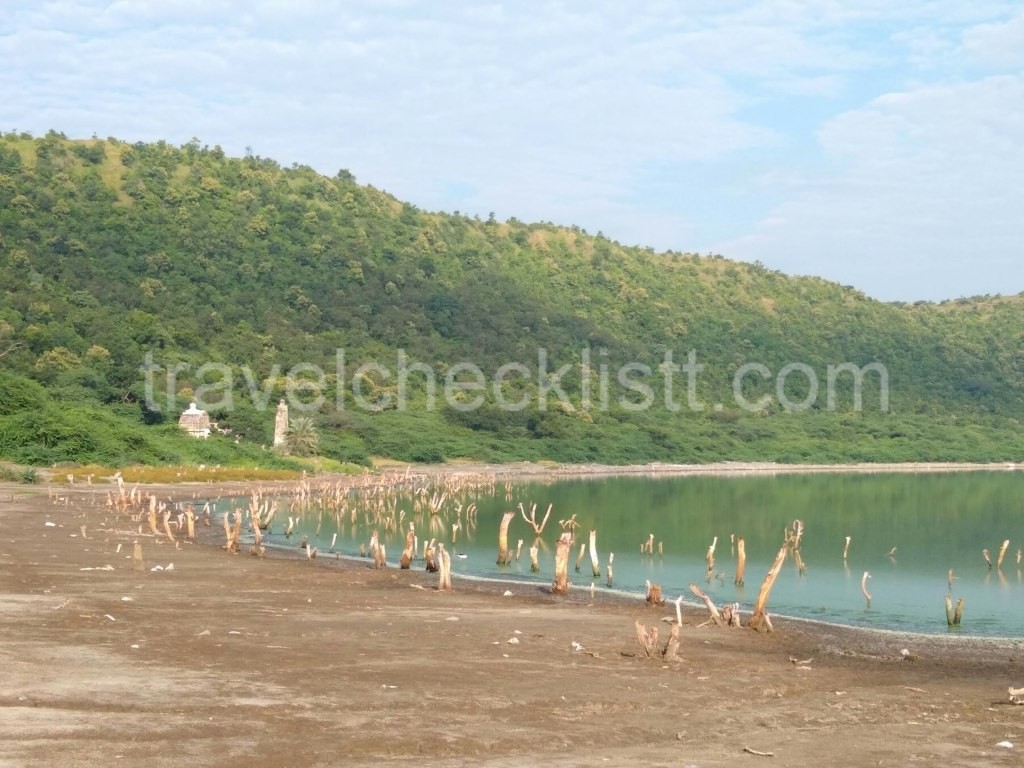 Lonar is famous for crater, also known as Lonar lake or Lonar crater,formed over 50,000 years ago due to the collision of a meteorite on the surface of the region. It is located at Lonar in Buldhana district, Maharashtra, India and is a meteor impact lake. Only known hyper velocity impact crater in basaltic rock anywhere on Earth.

1. The lake is unique

Sounds interesting right !!!!! There are still many more reasons to add on. Read about the questions left unanswered!!!!!!

2. Stay at Resort with crater view

We stayed at MTDC resort which is pretty close to the lake and is a decent place to stay in terms of food and room facilities.

We started by exploring the temples near around Lonar crater. First in the list is Daitya Sudan which will remind you of the Khajuraho temple

One more in the list of temples is the huge Hanuman statue in a sleeping position built out of the magnetic rock. Villagers have their own set of the story behind the magnetic effect which is also not less interesting.

We then moved ahead towards the lake to explore the ancient temples around the lake through an adventurous jungle trek. It is quite adventurous when you have to walk through the dense forest.

4. Strange Facts about the lake

The lake is in the shape of the bowl. NASA and Geological Survey of India to attempt answers to questions like –

There are a total of 10 to 11 temples surrounding the lake. Most of them are in ruins but yet a treat to the eyes. So we began the journey into the dense forest.

Watch those staircase going down.. which shows there must be some temple beneath. The archeology team still working in this area to explore more about the place

6. Spotting Wildlife in the jungle

We have to keep walking into the jungle, if lucky enough one can spot the Leopard, yes you read it right ..Leopard. During our trip, we were just lucky enough to hear the roar of it. Also, count on your luck to witness peacocks dancing and other unique wildlife.

Compasses fail to work in certain parts of the crater. Our guide actually showed us this in some parts of the lake. Scientists do not have answers to these questions still. He also showed us different magnetic rock pieces found around the lake.

And what lurks at the bottom? No one knows!! Pretty curious stuff know.
Journey through the jungle continues and next, we reached Shiva Temple.

As you can see most of the temples are in ruins. But still there is some vibe full of curiosity at this place as you learn more about it.We were accompanied with the local guide who told us lot of facts about the place.

The carvings are really a masterpiece and even though temples are in ruin,the architecture and carvings are must to be seen

The next temple we saw was of kamaljai Mata. it’s a quiet place to rest and enjoy in the nature lapse. Best part about this place is being entirely surrounded by greenery.

We walked up these stairs to reach next temple in the list named Gaumukh Temple.

In addition to all of these temples and the jungle trek, we got a chance to visit the farms of our local guide Rajesh. It felt so good to meet these village kids and noticing the happiness on their faces even when living in minimum resources.

Over all the trip was 10 on 10.I would say it’s must to be checkout place.

How to reach from Mumbai?

We took train till Jalna. And then the local transport upto Lonar.

A weekend is enough.

Check out one day trips from Mumbai https://travelchecklistt.com/lonavala-one-day/